from Risorgimento by Romina Di Gasbarro 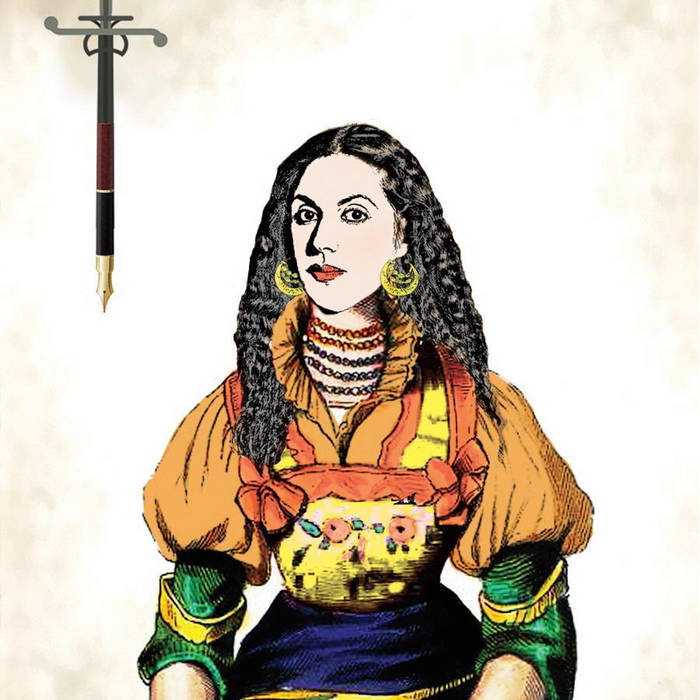 In ancient times before a nation formed, someone was the first one to settle. Perhaps it was a Bedouin from an even more ancient land. All the characters that are born out of the first ancestor have their moment to speak, to write their lines in the long book of our history born from faces we will never know. They weave and weave through millions of stories, all looking for freedom, each time branded as a promise that does not deliver. The Bedouin witnesses centuries of the false idols falling. Only God delivers…but when will we chose to be free?

O Bedouin, O stars
Are you gonna stay a while?
For the sweet and ancient fire inspires
Rising up from burning silhouettes
The silhouettes of time
Flickering in the fire.

From east to west you roam, from Venus rising from sea foam,
You’re the son, the apple of discord, a Trojan prince you were born
The son of Noah would not be the drowned
that Nimrod raised his fist to the clouds
and pierced them with his temple tower, readied for the final hour
So the Lord split the tongues of the masses that came tumbling down from the tower towns
of Babel like beads of storm running like finger lakes into the fertile plough.

From Anatolia to Ionian seas, you
“loose your ships to seek domains in Italy”
feed under the belly with your new fraternity
the milk of wolves passing through ancestries,
In poets, painters, alchemists, and peasantry,
In the bourgeois and nobility,
O Bedouin…you’re rushing through me

Castles crumble, battles call,
Etruscan to Latins, Greek-Roman to Gaul,
Egyptian queens and lover’s brawls, your Reign of Empires falls on
Byzantines, Saracens, Holy Terror Papacy,
Norman, Austrian and Spanish tribes, your name is not yet realized
So the road north was taken by Beatrice and Renzo down to the southern cliffs,
And gesture to Pulcinella and Pantalone
“Come to the river and wash your clothes in the Arno.”

By the river they met with the wooden child
running from the fox and cat and monster so riled
“If you don’t wise up you’ll never be a boy
Stay away from schemes and tricks and old decoys.”
I promise, I promise, I promise, I’ll be good
Into a boy, from fire wood)
O Bedouin…You rage a battle in me.

A flock of white vales cross Neptune’s waves,
and centuries pass like hours in days
Stirring up dark ancient seas, drawing new lines in old mythologies
In the distance a portrait, a Newfound land, anchored on the shores of tattooed paths
of Chipawahs and Ojibways, and Seneca that passed this way.
When the grey wolf howled from the mountain sky, from the precipice, the danger cry,
the she-wolf inside you tightened her grip for her reply,
Did you listen? Did you muzzle the wild?

And from a land once jeweled with hides and evergreens
Grew babel towers of urban deities
Profit idols and flashing programming
of west to eastern new commodities
And political gods and media frauds with tabloid offerings
who sacrifice on the altar of bargains, and marketing
O Bedoiun…You’re howling me…

In Julius and Socrates,
in the Pompeiian and her little baby,
in Mecca, Latium and Nazarene,
in the disciples and the apostles’ creed
in Orfeus and Allighieri
in Spanish Queens and peasantry
in Napoleon and Garibaldi
in the Resurgence and tyranny
in broken bones and packaged dreams
in the living gallery,
in the bought, and sold, and fallen, rapined
in the northern greed and the southern disease

O Bedouin, when are you gonna free?

Singer, songwriter, guitarist - Romina’s music is old-world, new-world and somewhere in between. A unique voice in songwriting, this artist defies categorization remaining dedicated to her own ideas of beauty. Romina's solo discography includes, Little Rome (EP, 2004), Poema (2010), and Risorgimento (2018). ... more